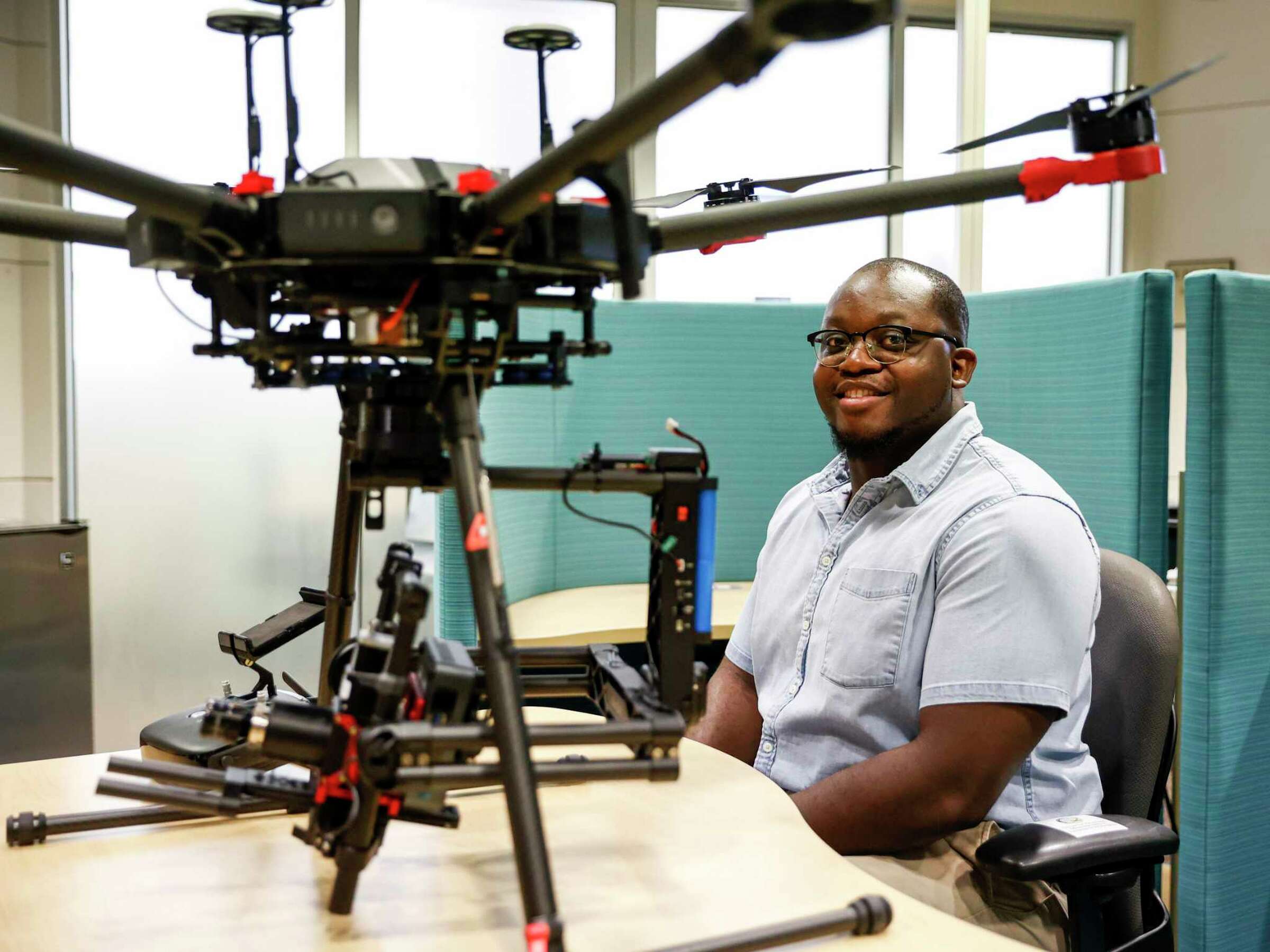 APRIL 4, 2022 – Aaron Morrison wants to know if moon settlers in the near future can use rocks that litter the lunar surface to build a base camp, roads, and landing and launch pads.

The postdoctoral fellow in earth and planetary sciences at the University of Texas at San Antonio is studying gray, volcanic basalt, which is similar to rocks found on the moon. Among other things, he wants to know how much heat it would take to melt them.

His aim is to learn “how we could use those as construction materials,” said Morrison, 29, who tests basaltic rocks at the university’s NASA MIRO Center for Advanced Measurements in Extreme Environments.