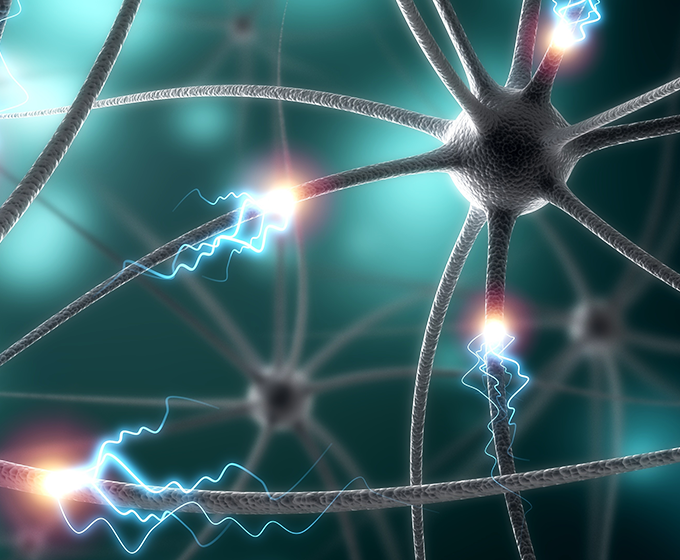 Dec. 5, 2019 — For decades the renowned English physicist Stephen Hawking lived with a motor neuron disease until his death last year. People who suffer from this condition lose functionality of brain cells that control essential muscle activity, such as speaking, walking, breathing and swallowing.

To help individuals afflicted by MNDs, UTSA has embarked on revolutionary research that uses magnetic nano-sized disks and magnetic fields to individually modulate functionality to crucial neurons. This research could open the door to reversal of degenerative conditions like Hawking’s to restore the quality of life for about 1 million adults across the globe.

“When you lose function of a muscle, you start physical therapy or exercises—in other words, a mechanical function to regain your muscles. However, in the case of motor neuronal diseases, the doctor doesn’t tell you to stretch your brain. With these disks, we stretch the brain for you,” said Gabriela Romero Uribe, an assistant professor in UTSA’s biomedical engineering and chemical engineering departments, who is spearheading the research.

Previous approaches to manipulate brain circuits have included electrical stimulation and optogenetics—the use of light to control ion channels—which may damage tissue. Moreover, manipulation via drug treatments is severely hampered by the blood-brain barrier, a layer of tissue that protects the brain from injury.

“The blood-brain barrier is the biggest issue in pharmacology,” Romero said. “Only about 3% of drugs administered goes into the brain. The rest enter other parts of the body and can damage organs.”

Romero’s approach to use magnetic disks to generate mechanical force is unique. The additional benefit of this method is that it’s nontoxic, drug-free and a minimally invasive procedure that leaves negligible to no damage to the body.

The nano-sized disks studied at UTSA then absorb magnetic fields and provide torque to stimulate motor neurons to act.

In motor neuron disease, such as Parkinson’s, neurons stop producing dopamine. Romero envisions using the nanoparticles and magnetic fields to start stimulating the neurons to produce dopamine again. Currently, she’s in collaboration with colleagues in Spain to fabricate the wireless disks in large quantities. Those magnetic materials will include gold and titanium.

Experts believe that nine in 10 cases of MND occur by chance. The exact causes are unclear, but the National Institute of Neurological Diseases and Stroke says that toxic, viral and environmental factors may also play a role.

The Institute for Health Metrics and Evaluation, funded by the Bill & Melinda Gates Foundation, reported that about 926,000 people worldwide suffered from one of these types of diseases in 2016, with about 34,000 ending in death each year.

Romero recently received a $1M grant from the National Institutes of Health’s National Institute of General Medical Sciences to fund the next phase of the project. The work was first developed with a seed fund made possible by UTSAs Office for Research Support, part of the Office of the Vice President for Research, Economic Development and Knowledge Enterprise, which fosters collaborative research focused on the world’s most pressing health challenges.