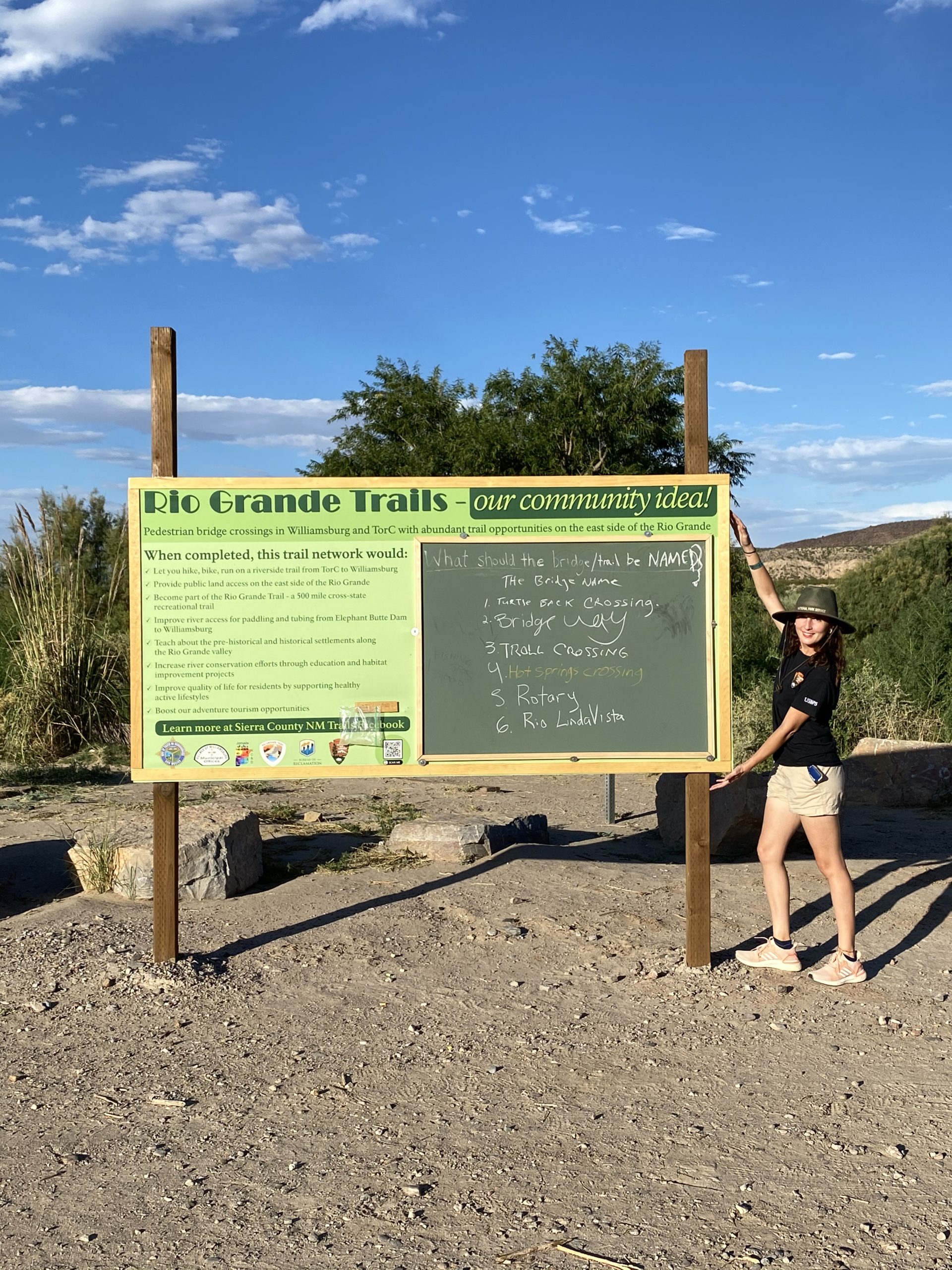 María Fernanda Trevino, originally from El Paso, Texas, is an alum from the University of Texas at San Antonio (UTSA). Since graduating from UTSA with a Master of Architecture, she has had a string of accomplishments.

Her time while earning her degree in architecture exposed her to the state of our environment. With growing knowledge of the current environmental crisis, Trevino has allowed her education to lead her to goals and passions she had not initially imagined for herself. For example, she says it was during her thesis involving a site recovery and ecology center that “[She] realized how our decisions and choices have an impact on our environment.”

She continued her education at the University of Pennsylvania. There, she earned her Master of Science in Design, specifically, Environmental Building Design, and certification in ecological planning.

With the aspiration to make an environmental difference, Trevino’s friend reached out to her regarding a fellowship opportunity at the National Park Services (NPS). As a result, she began as a Community Planner Fellow for the Rivers, Trails, and Conservation Assistance program. Now she works as an Outdoor Recreational Planner, where some of her duties include working with communities and nonprofit organizations to develop outdoor recreation and conservation projects.

Trevino has since returned to El Paso, where she assists NPS in managing a trail segment called the Paso del Norte Trail, Medical Center of the Americas. This trail is a “1.5-mile segment of a city-wide trail system that will improve the quality of life, health, and well-being of community members, students, and residents” she elaborates “The segment, which will run along a historic canal that resembles a significant component to the historic fabric of the neighborhood, will be improved to increase the safety and provide historical reference of the neighborhood.”

This neighborhood and canal, which the trail follows, carry a significant history to the city of El Paso. In addition, the trail serves to educate about the portion that was once part of Mexico before the United States and Mexico had officially compromised on the land separation. While creating the segment, they strive to protect the Latin American culture of the residents with necessary attributes such as bilingual signs and historical markings.

Trevino has also been establishing the nonprofit organization COEX. COEX’s purpose is to provide opportunities for community members to learn about sustainability and environmental awareness. Other plans include a talk show called COEX Talks that the group started amid the Covid-19 pandemic. However, as the world slowly moves to a more in-person environment, she is open to evolving new projects and ideas.

“I never thought I would do government work, and NPS RTCA has been an amazing workplace. Not only is the work that our program does special, but the people I work with are supportive of your development,” Trevino says, “my advice is never to fear change, my most rewarding experiences come from opening up to different opportunities.”

Trevino is an incredible example of what can happen when someone follows their passion. Her efforts make a remarkable difference in communities such as El Paso, and it does not look to be stopping there.