Engineering to host NASA expert to shed light on Mars

Engineering to host NASA expert to shed light on Mars 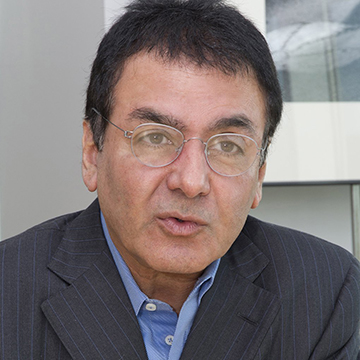 FEBRUARY 4, 2020 — UTSA will welcome Firouz Naderi, former director of solar system exploration at NASA’s Jet Propulsion Laboratory, to present NASA’s Exploration of Mars; Past, Present and Future, a College of Engineering Distinguished Speaker Seminar, on Feb. 7.
Mars exploration creates many questions. Was Mars ever habitable 4.5 billion years ago? If so, did life ever appear on the Red Planet? These questions highlight the NASA Mars Exploration Program’s science objectives.
In his lecture Naderi will speak about the discoveries made by NASA’s robotic envoys over the past two decades while looking ahead at NASA’s ambitious plans to bring back samples of Mars to Earth to help solve these questions.
Naderi spent over 30 years contributing to NASA’s space exploration in various technical and senior executive positions before retiring in 2016. His work has impacted systems engineering, technology development and projects management. During his time at the Mars exploration program, he contributed to three NASA robotic missions: the Mars Odyssey Orbiter and the two Mars Exploration Rovers, Spirit and Opportunity.
Naderi is a fellow of the American Institute of Aeronautics and Astronautics and has been honored with multiple awards for his leadership and service within NASA’s JPL. In 2016 a celestial body was named after him for his career contributions to space science and explorations. It is known as Asteroid 5515 Naderi.
Naderi earned his bachelor’s degree in electrical engineering at Iowa State University and his M.S. and Ph.D degrees in electrical engineering at University of Southern California. Currently he serves as a consultant and adviser to early stage start-ups.
NASA’s Exploration of Mars; Past, Present and Future will begin at 2 p.m., Friday, Feb. 7 in the Business Building, Room 2.01.02, on UTSA’s Main Campus. The event is free and open to the public.
— Navarr Gonzales