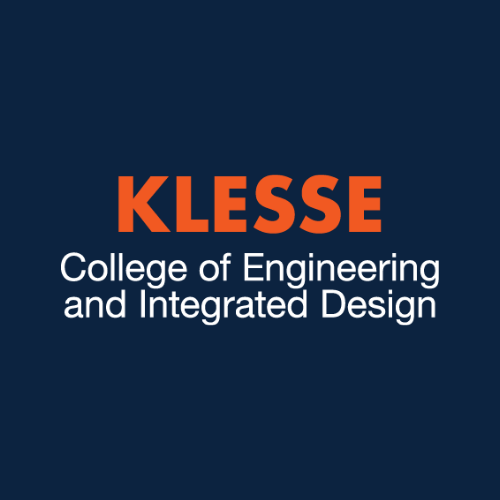 FEBRUAARY 4, 2022 – Today, Dean of Klesse College of Engineering and Integrated Design (Klesse College) JoAnn Browning announced new appointments to the college’s leadership team. Ender Finol, professor of mechanical engineering, has been appointed as the Chair of the Department of Mechanical Engineering and Mark Blizard, associate professor of architecture, has been appointed as the inaugural Director of the School of Architecture and Planning. Both Finol and Blizard served in an interim capacity throughout fall 2021.

Finol was born in Venezuela where he obtained his B.S. degree in Mechanical Engineering. He was awarded an M.S. degree in Mechanical Engineering from University of Massachusetts Lowell and PhD degree in Mechanical and Biomedical Engineering from Carnegie Mellon University. He was a Research Faculty at Carnegie Mellon University for 9 years before coming to UTSA in August of 2011. He was promoted to Associate Professor with Tenure in 2014 and to Professor in 2018. He operates the Vascular Biomechanics and Biofluids Laboratory, which specializes in biomechanical approaches to vascular disease. His research is funded by the National Institutes of Health and he is considered an expert in the application of mechanics for risk assessment of abdominal aortic aneurysms.

Blizard received his Bachelor of Architecture (’86) and Masters of Architecture (’88) from Virginia Tech, where he also taught from 1992-1998. He is a Registered Architect and has practiced in North Carolina and Washington, D.C. Throughout his time at UTSA, he has published a book titled Architecture: Land Culture Practice (2008) and is currently working on an upcoming book titled This Practice of Seeing: Lessons, Reflections and Conjectures on Sketching. In 2019 he was presented the President’s Distinguished Teaching Award for Tenured Faculty.

Congratulations to both Ender Finol and Mark Blizard on their appointments.