Tuesday, 10 September 2019 by Gao
The Department of Mechanical Engineering in the College of Engineering at the University of Texas at San Antonio (UTSA) invites applications for an open-rank tenured/tenure-track position to be filled by August 2020. The Department seeks exceptional candidates with: (1) a record of high quality research and scholarship, (2) excellence in undergraduate and graduate education, (3)
Read more
No Comments

Thursday, 08 August 2019 by Gao
(August 7, 2019) — More than 80,000 aftershocks have been recorded in the aftermath of the two California earthquakes that occurred during the Fourth of July holiday. Californians, generally complacent about earthquakes, were caught by surprise with tremors that were the largest in magnitude in the last decade. Although there was no loss of human life,
Read more
No Comments

Thursday, 01 August 2019 by Gao
Associate Professor Dr. Kiran Bhaganagar has been appointed to the National Academy of Science Committee to review the Air Quality Modeling in the Gulf of Mexico study. The committee is a part of NAS Board on Atmospheric Science and Climate.   The committee has experts in the area of Modeling of Atmospheric and Oceanic systems, policy
Read more
No Comments

Wednesday, 19 June 2019 by Gao
The College of Engineering at The University of Texas at San Antonio (UTSA) seeks an internationally renowned engineer to fill a newly established Edward E. Whitacre Jr. Endowed Chair in Mechanics.  The research area of the Chair can encompass any area of Mechanics.  The Whitacre Chair includes a generous endowment and a highly competitive salary.
Read more
No Comments 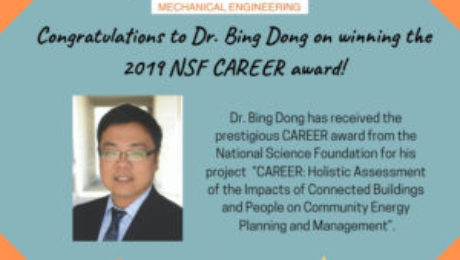 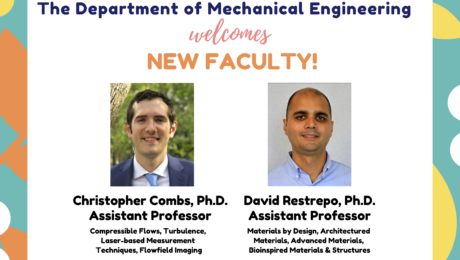 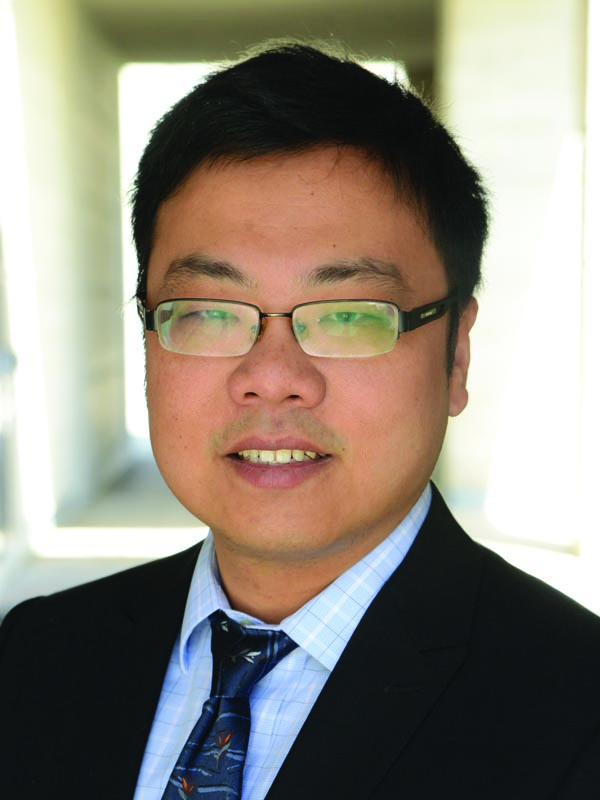 Congratulations to Bing Dong, recipient of the very prestigious International Building Performance Simulation Association (IBPSA)-USA Region Emerging/Young Contributor Award! This award is the highest recognition of building simulation society for junior faculties and recognizes. Presented every two years, it recognizes one individual at the beginning of their career who has demonstrated potential for significant contributions
Read more
No Comments 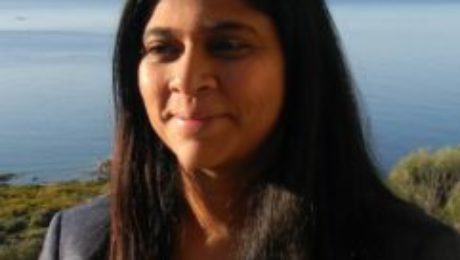 Tuesday, 12 June 2018 by Gao
SENIOR LECTURER POSITION IN MECHANICAL ENGINEERING The Department of Mechanical Engineering in the College of Engineering at the University of Texas at San Antonio (UTSA) has one opening position for a Senior Lecturer. Applicants are sought to teach undergraduate courses and laboratories in the Thermal-Fluids area with particular emphasis on Thermal-Fluids Lab, Thermodynamics, Heat Transfer,
Read more
No Comments