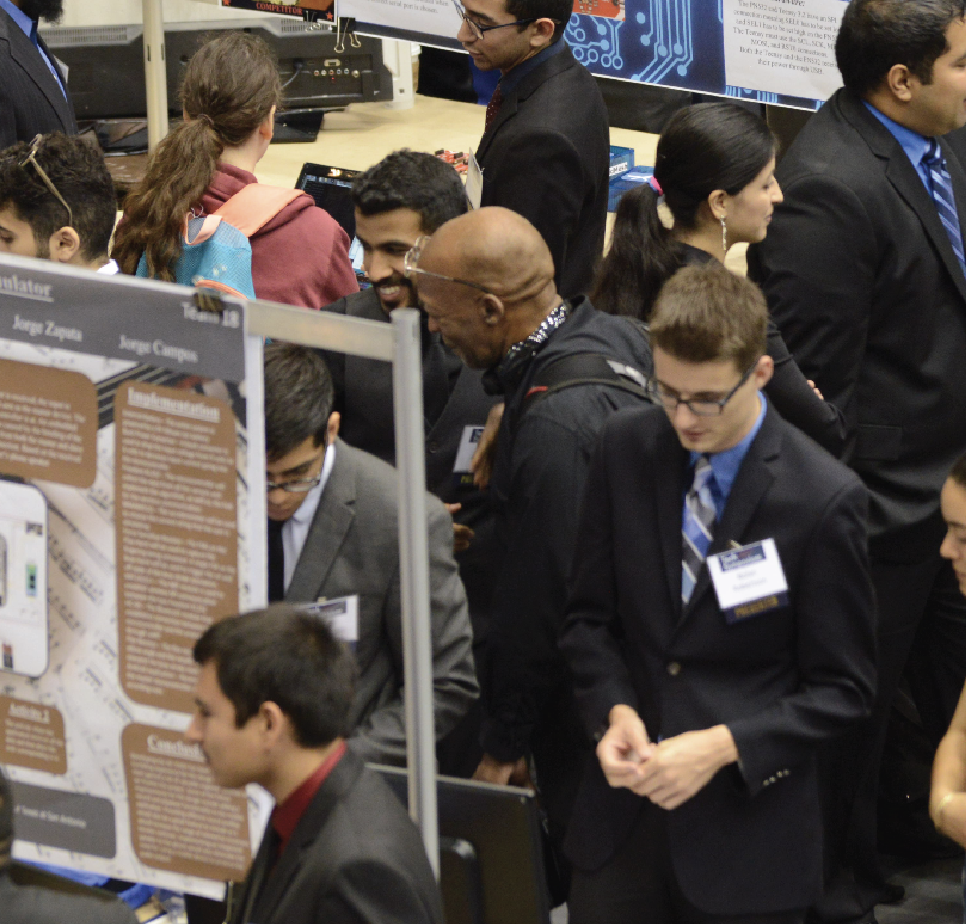 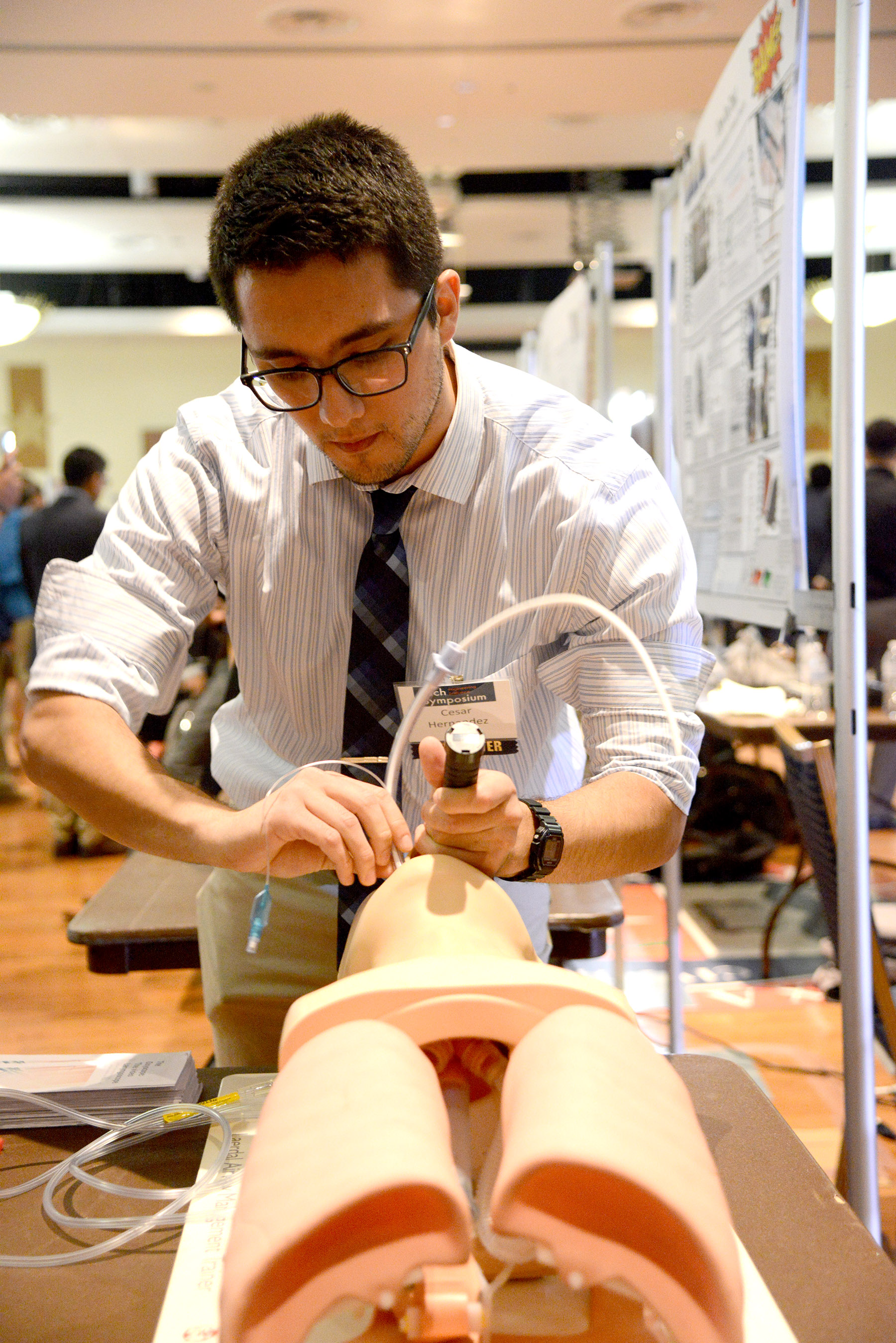 By Monica Sierra/College of Engineering

The fall 2017 Tech Symposium is approaching quickly and student teams are getting ready to show off their projects and compete for different prizes. Highlander Technology, one of the student teams, is excited to show their senior design 2 – “Oxyscope”, a video laryngoscope made to improve the medical field and reduce brain damage by facilitating the endotracheal intubation process.

In addition to Kapp, Highlander Technology team consists of mechanical engineering seniors Victor Mendez, Daniel Oswald, and Cesar Hernandez. The team was drawn to this project because they see an immense opportunity to improve the medical field and reduce risks that happen when people need to be intubated.

The traditional laryngoscope is a device that allows paramedics, EMTs, clinicians, and others to open up a person’s airway by allowing the visualization of the vocal cords in order to intubate them and help the air go through to their lungs. According to Highlander Technology, using the traditional laryngoscope often comes with risks because if a patient’s throat is really swollen, it may be hard for the clinician to insert the tube.

The team said that other complications with traditional laryngoscopy include inadvertent injury of the mouth or throat, excessive swelling, bleeding, infection, pain, vomiting, and gagging. Dental damage is one of the main complications of laryngoscopy, since clinicians sometimes need to use an aggressive technique when inserting the tube, and they may use the person’s teeth as a base, which could chip the teeth or cause more damage.

According to Hernandez, the Oxyscope’s video screen gives clinicians a direct line of sight, allowing them to monitor the way that the tube goes in and make sure that everything is done properly. This way it is done in a faster manner than the regular device. The team has also added a grip on the handle, which they say gives the user the ability to control the device better.

“There have been some video laryngoscopes created before, but their problem is that they are usually designed by either and engineer or a doctor, not both,” said Cesar Hernandez. “If the engineer designs it, the doctor will find flaws in the device and it won’t do well in the market. And if the doctor designs it, the device has different kinds of faults with the material or the actual function of the device. We try to bridge the gap and work with medical field agents to remove any kind of flaws that could happen in the process of manufacturing the device so that it does well in the market.”

The Oxyscope is designed to deliver oxygen even while in the process of intubation by exerting oxygen through the blade. According to the team, this will lower the chances of the patient getting brain damage because they will be receiving some oxygen rather than none. Also, the Oxyscope will have a slot for an SD card. Team members said that this will be greatly beneficial to the medical community because clinicians will be able to go back and learn from past intubations with the videos, and also teach students how to perfect them and avoid future complications.

“We have worked really hard throughout our senior year on this project and are so excited to see the public’s reaction to it!” said Kapp.