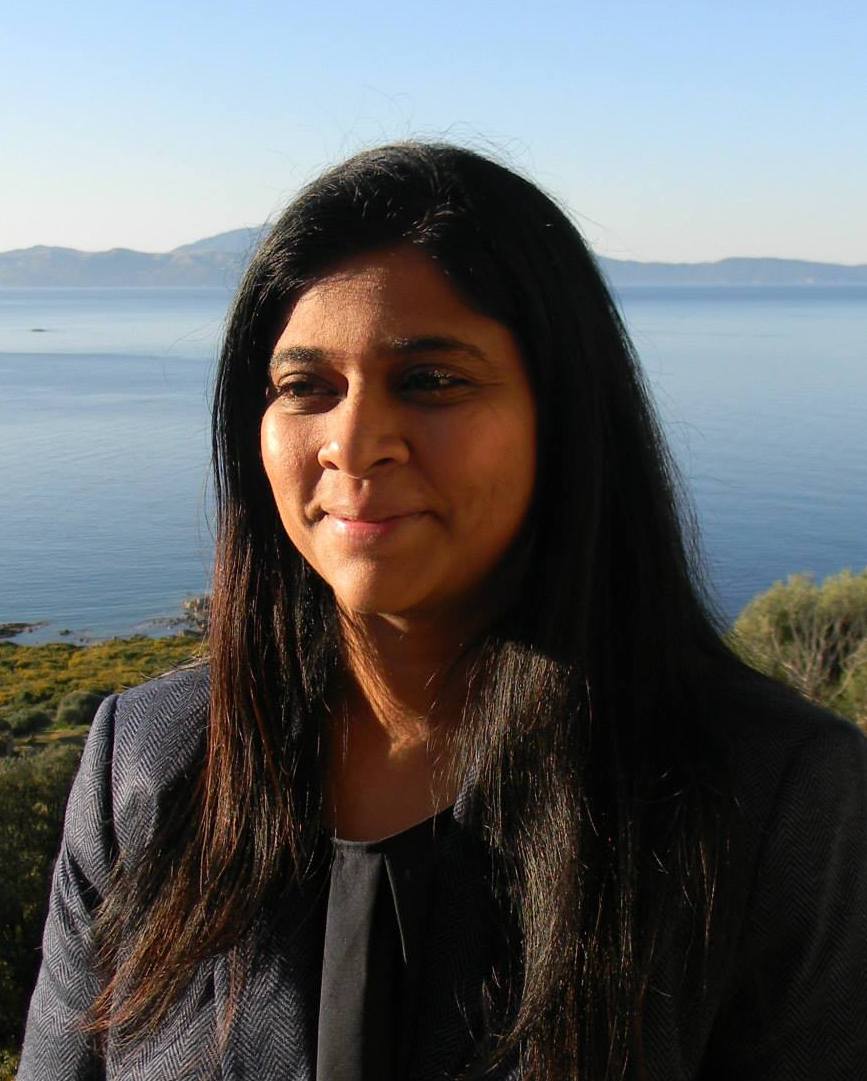 Snapshot of video image from sources within Syria posted by Dawa al-Haq News Agency, Syria. Chemical plume rises from ground and disperses into the atmosphere.

On April 4, 2017, the town of Khan Sheikhoun in northwest Syria experienced one of the worst chemical attacks in recent history. A plume of sarin gas spread more than 10 kilometers (about six miles), carried by buoyant turbulence, killing more than 80 people and injuring hundreds.

Horrified by the attack, but also inspired to do something useful, Kiran Bhaganagar, professor of mechanical engineering at The University of Texas at San Antonio, and her team from Laboratory of Turbulence Sensing and Intelligence Systems, used computer models to replicate the dispersal of the chemical gas. Results were published in Natural Hazards in May 2017. The accuracy of her simulations showed the ability to capture real world conditions despite a scarcity of information.

“If there is a sudden a chemical attack, questions that are important are: ‘how far does it go’ and ‘what direction does it go,'” Bhaganagar said. “This is critical for evacuations.”

Bhaganagar’s research is supported by the U.S. Department of Army Edgewood Chemical and Biological Center (ECBC), who hope to adopt her models to assist in the case of an attack on American soil.

Chemicals, whether toxic agents like sarin gas or exhaust from vehicles, travel differently from other particulates in the atmosphere. Like wildfires, which can move incredibly fast, chemicals create their own micro-conditions, depending on the density of the material and how it mixes with the atmosphere. This phenomenon is known as buoyant turbulence and it leads to notable differences in how chemicals travel during the day or at night, and during different seasons.

“In the nighttime and early morning, even when you have calm winds, the gradients are very sharp, which means chemicals travel faster,” Bhaganagar explained.

Even ordinary turbulence is difficult to mathematically model and predict. It functions on a range of scales, each interacting with the others, and disperses energy as it moves to the smallest levels. Modeling buoyant turbulence is even harder. To predict the effects of turbulence on the dispersal of chemical particles, Bhaganagar’s team ran computer simulations on the Stampede2 supercomputer at the Texas Advanced Computing Center (TACC), the largest system at any U.S. university.

“We go into the physics of it and try to understand what the vertices are and where the energy is,” Bhaganagar said. “We decompose the problem and each processor solves for a small portion. Then we put everything back together to visualize and analyze the results.”

The background atmosphere and time of day play a big role in the dispersal. In the case of the Syria attacks, Bhaganagar first had to determine the wind speeds, temperature, and the kinds of chemicals involved. With that information in hand, her high resolution model was able to predict how far and in what direction chemical plumes travelled.

“In Syria, it was very bad because the timing caused it to be ideal conditions to spread very fast,” she said. “We ran the actual case of Syria on the TACC supercomputer, got all of the background information and added it to the models, and our models captured the boundaries of the plume and which cities it spread to. We saw it was very similar to what was reported in the news. That gave us confidence that our system works and that we could use it as an evacuation tool.”

The research is targeted to short-term predictions: understanding in what direction chemicals will propagate within a four-hour window and working with first responders to deploy personnel appropriately.

However, running the high-resolution model takes time. In the case of the Syria simulation, it required five full days of number crunching on Stampede2 to complete. During a real attack, such time wouldn’t be available. Consequently, Bhaganagar also developed a coarser model that uses a database of seasonal conditions as background information to speed up the calculations.

For this purpose, Bhaganagar’s team has introduced a novel mobile sensing protocol where they deploy low-cost mobile sensors consisting of aerial drones and ground-based sensors to gather the local wind data and use the courser model to predict the plume transport.

Using this method, the four-hour predictions can be computed in as little as 30 minutes. She is working to bring the time down even further, to 10 minutes. This would allow officials to rapidly issue accurate evacuation orders, or place personnel where they are needed to assist in protecting citizens.

“There are hardly any models that can predict to this level of accuracy,” Bhaganagar said. “The Army uses trucks with mobile sensors, which they send into a circle around the source. But it’s very expensive and they have to send soldiers, which is a danger to them.” In the future, the army hopes to combine computer simulations and live monitoring in the case of a chemical attack.

Bhaganagar will conduct tests in the coming months at the U.S. Army experimental facility in Maryland to determine how well drones can predict wind conditions accurately.

“The higher the accuracy of the data — the wind speed, wind direction, local temperature — the better the prediction,” she explained. “We use drones to give us additional data. If you can feed this data into the model, the accuracy for the four-hour window is much higher.”

Most recently, she and her graduate student, who is a Ph.D. candidate, Sudheer Bhimireddy, integrated their buoyant turbulence model with the high-resolution Advanced Research Weather Research and Forecast model to understand the role of atmospheric stability on the short-term transport of chemical plumes. The research was published in Atmospheric Pollution Research in March 2018.

Developing Tools to Detect Pollution in Your Community

In related work funded by the National Science Foundation, Bhaganagar has adopted her chemical plume model to do pollution tracking. She hopes her code can help communities predict local pollution conditions.

According to Bhaganagar, low-cost wind and gas sensors purchased by a community could help produce daily forecasts so individuals can take the proper precautions when pollution levels are concentrated in an area. Recent efforts have tried to determine how many sensors are needed to allow accurate local predictions.

“Can we detect zones of pollution and take effective measures to avoid pollution?” Bhaganagar asked. “If we had our own small-scale models that we could use in our communities that would have a big impact on pollution.”

Though community pollution forecasts would ultimately run on consumer-grade computers, such predictions would not be possible without access to supercomputers to test the models and generate a database of background conditions.

“TACC resources are so valuable,” she said. “I wouldn’t have even attempted these research projects if I wasn’t able to access TACC supercomputers. They’re absolutely necessary for developing new turbulence models that can save lives in the future.”