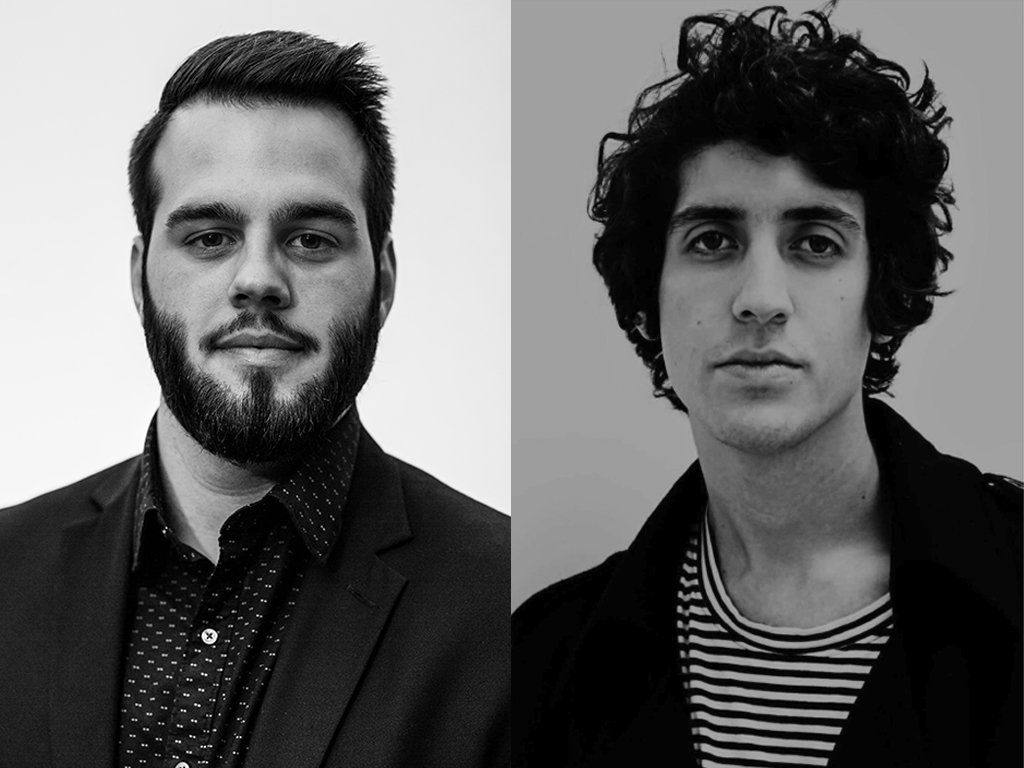 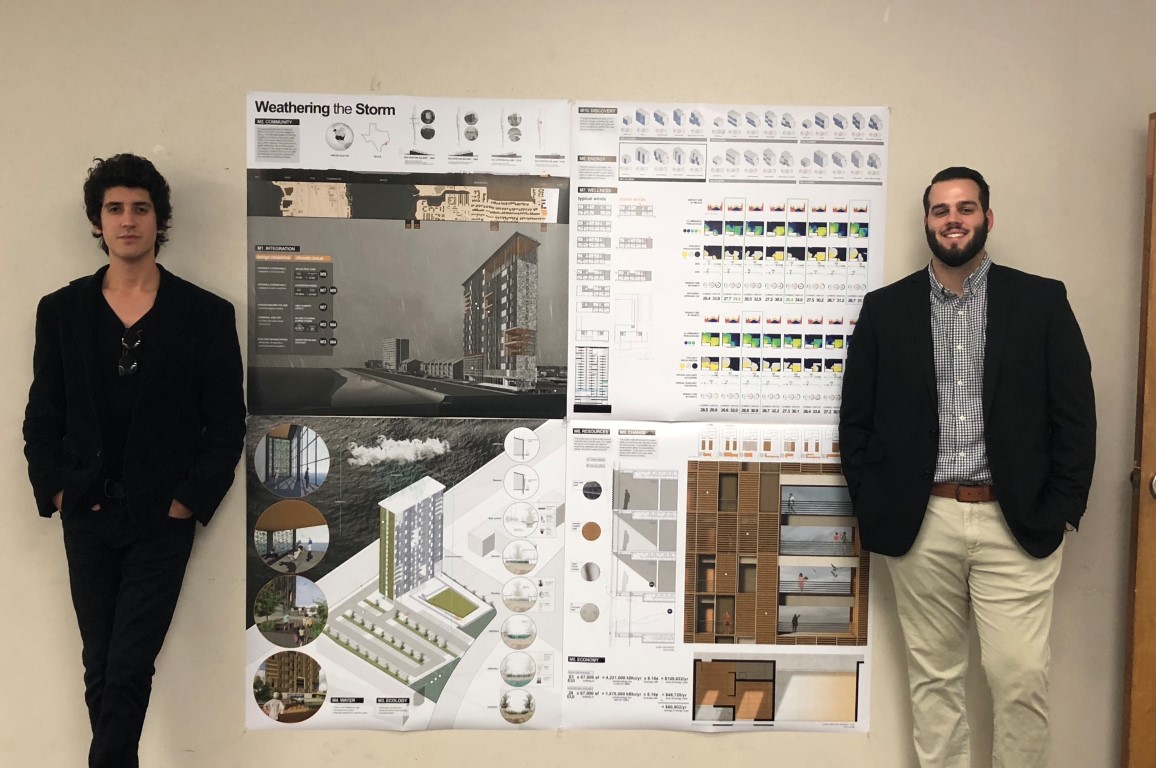 (November 20, 2019) — University of Texas at San Antonio (UTSA) architecture students Andre Simon and Ivan Ventura are the winners of the AIA San Antonio 2019 Student Design Award for “Transform for Storm,” their proposal for an eco-hotel in Galveston, Texas that responds to the extreme environmental circumstances that define the coastal city. Their winning proposal was selected from a very competitive field of entries by the AIA San Antonio 2019 Design Award Committee. Simon and Ventura were honored by AIA San Antonio during the annual People + Place Awards Celebration, held on November 19, 2019 at the McNay Art Museum.

Simon and Ventura developed the project during the 2018 Fall semester under the guidance of UTSA associate professors Ian Caine and Dr. Hazem Rashed-Ali, whose joint studio follows the requirements of the AIA Committee on the Environment (COTE) Top Ten for Students Competition. The studio explored issues of ecological literacy and resilience through the comprehensive integration of advanced performance metrics and design pedagogy, while the combination of Rashed-Ali’s expertise in building performance and Caine’s in architectural design allowed their students to pursue these critical topics in parallel. The studio embraced the goals and methods of the Architecture 2030 Challenge, which commits that all new buildings and major renovations will be carbon-neutral by 2030.

“Our views of what the project should become over the course of the semester were very similar, making us a successful team right off the bat,” said Simon (L) in reference to his teammate (R). “Ivan had a wide range of experience in graphic design, and was the only undergraduate in our studio, while I had experience in building construction. Both of us showed great building design skills in the beginning weeks of the studio through our models and graphics.” Simon credits Caine for recognizing their potential as teammates and pairing them up.

“Transform for Storm” responds to the proposed site of Galveston, Texas, location of the deadliest natural disaster in U.S. history. Before the Storm of 1900, Galveston was a bustling port city on the Gulf Coast and the center of cotton trade in Texas. When the storm hit land, it flooded the island and killed about one-fifth of the island population. Galveston would eventually rebuild the lost urban fabric and construct a ten-mile long and seventeen-foot-high seawall to protect the island’s southern exposure. It is on this seawall where the students’ proposed eco-hotel sits.

The city never regained its position as a preeminent port of entry for the southern U.S., having to diversify its economy through tourism, health care, finance, and education. Despite Galveston’s physical recovery, the reality of life in Galveston continues to be defined by the precarious geography and fragile ecology of the barrier island. This project aspires to remember the past while confidently and creatively imagining the future, mediating Galveston’s environmental circumstances through efficiency, adaptability, and resilience. In designing this eco-hotel, Simon and Ventura aim to create an architecture that attends to the challenging humid, subtropical climate; weathers the increasingly severe storms that roll in from the Gulf; redefines the program, function, and image of twenty-first century leisure; achieves a powerful and refined architectural expression using limited material resources; and makes residents feel safe.

The AIA San Antonio Design Awards program recognizes outstanding built and un-built architectural projects by the local architectural profession and students to promote public interest and awareness in design excellence. Submitters were asked to highlight design solutions that have made, or could make, a positive impact on individuals and communities affected by the project and accomplish the goals of clients and users. They were judged on quality of design, resolution of the program or idea, innovation, thoughtfulness, and technique. Simon and Ventura were praised by the jury for their “project’s sensitive exploration of how design can address the challenges of coastal habitation, offering hope for our shared future.” 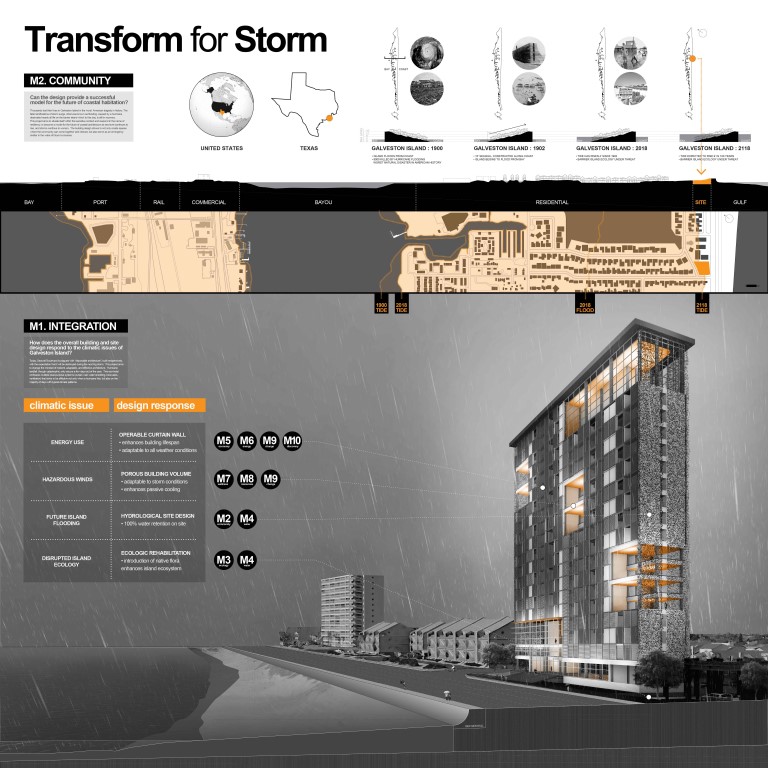 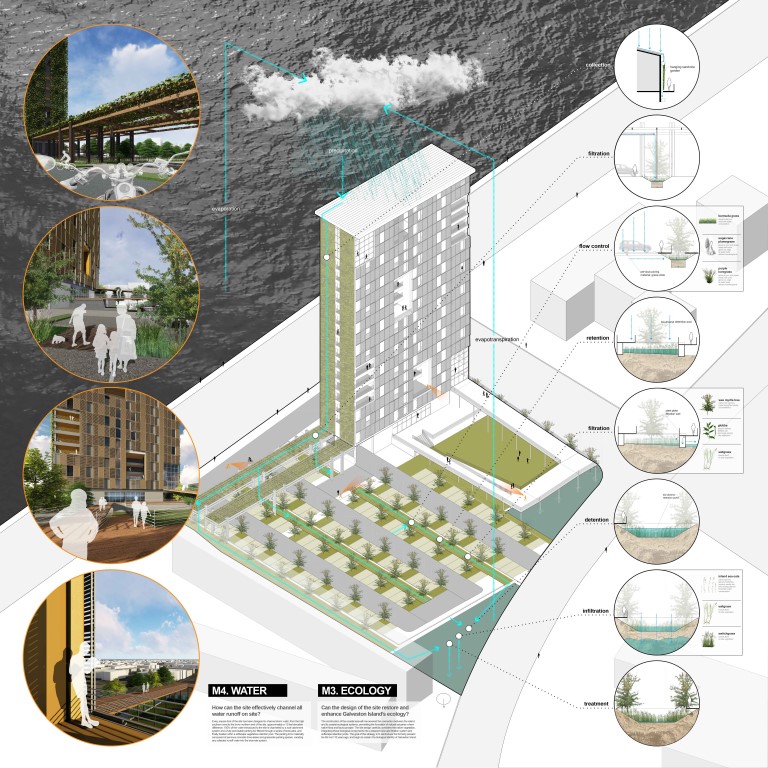 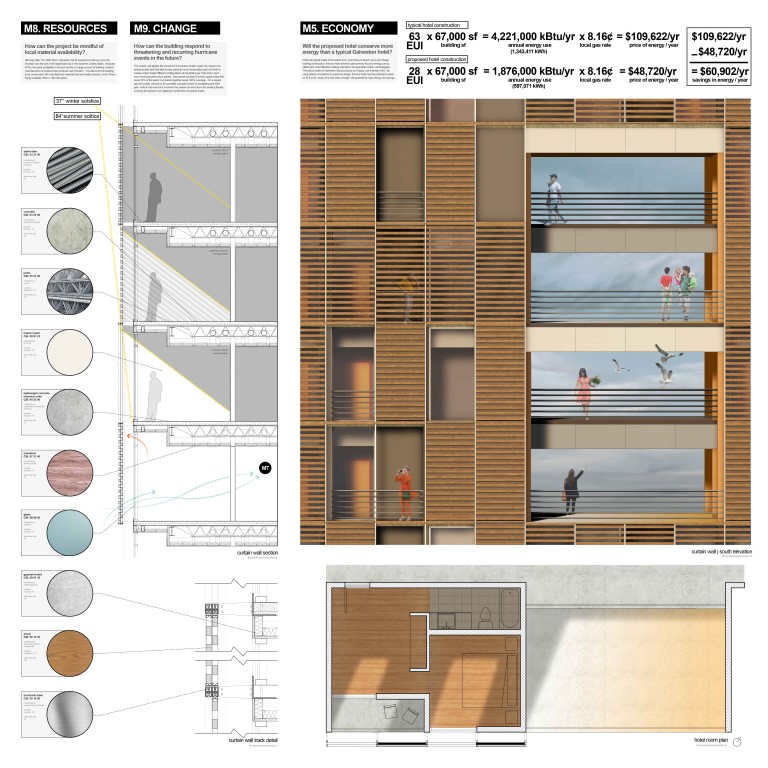 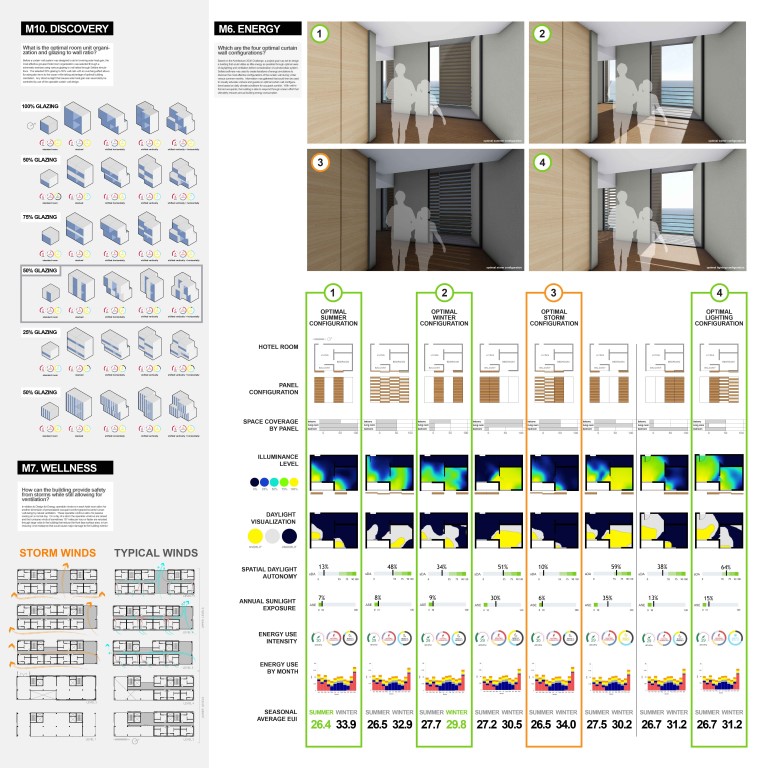