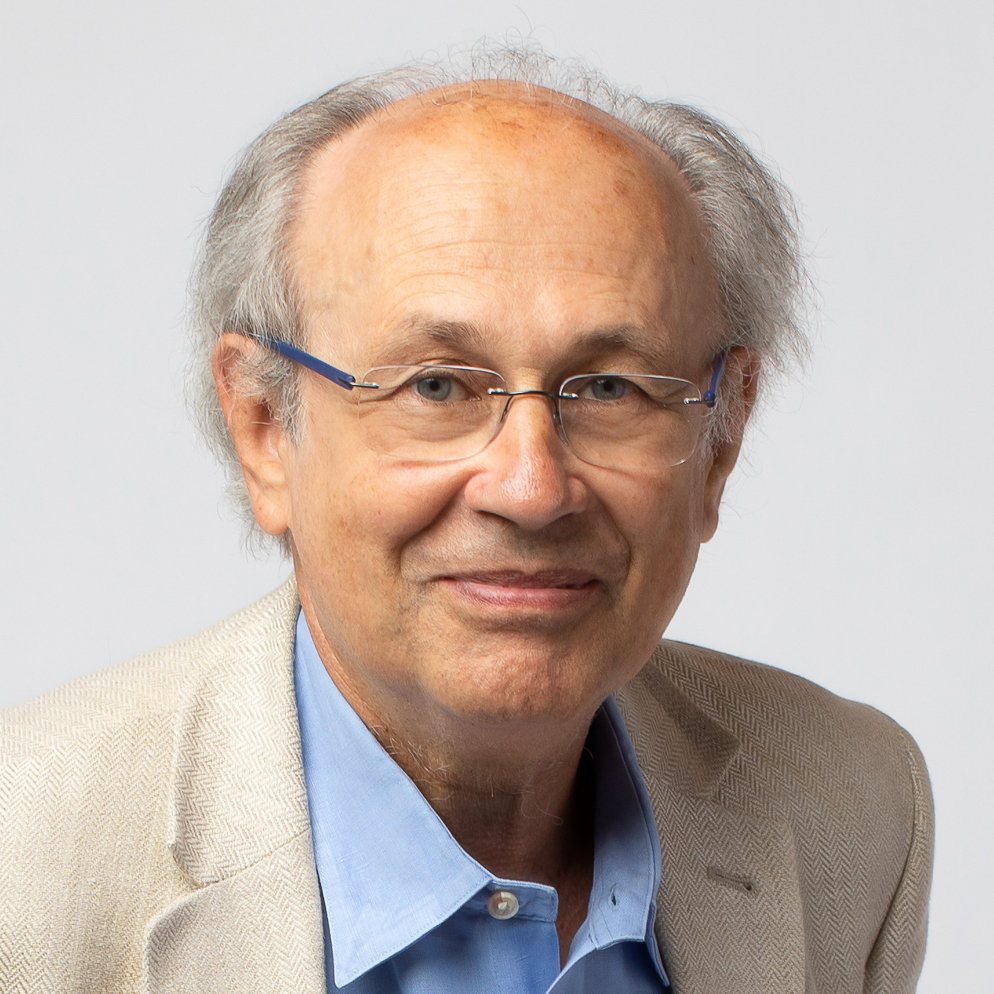 (February 24, 2020) — The UTSA College of Architecture, Construction and Planning (CACP) 2019-2020 Speaker Series continues with Alex Krieger, FAIA, a Professor at the Harvard GSD and a Principal at global architecture and planning firm NBBJ, which focuses primarily on educational, institutional, healthcare, and public projects in complex urban settings. His talk, “City on a Hill: Urban Idealism in America from the Puritans to the Present,” sponsored by Lucifer Lighting and presented in conjunction with AIA San Antonio, is free and open to the public and will be held at 6 p.m. Monday, March 2 in the McNay Art Museum’s Chiego Lecture Hall.

Mr. Krieger has combined a career of teaching and practice, dedicating himself in both to improving the quality of place and life in our major urban areas. Bringing 40 years of experience, he has served a broad array of clients in numerous cities worldwide. He frequently advises mayors and their planning staff, and serves on a number of boards and commissions, including the U.S. Commission of Fine Arts.

One of America’s leading urban planners and scholars, Mr. Krieger is published widely on American urbanization, including his most recent book, City on a Hill: Urban Idealism in America from the Puritans to the Present, a sweeping history of American cities and towns and the utopian aspirations that shaped them. As he argues in the compelling and richly illustrated narrative, any attempt at deep understanding of how the country has developed must recognize the persistent and dramatic consequences of utopian dreaming. Even as ideals have changed, idealism itself has for better and worse shaped our world of bricks and mortar, macadam, parks, and farmland. Mr. Krieger delivers a striking new history of our built environment as he traces this uniquely American story from the Pilgrims to the “smart city”. In response to the underlying anti-urban bias historically pinned to American culture, he reminds us that utopian dreams once galvanized city planning in this country and looks toward the future by challenging us to imagine new utopias.

Mr. Krieger is Interim Chair of the Department of Urban Planning and Design at the Harvard GSD, where he has taught since 1977. He previously served as Chair of the Department of Urban Planning and Design (1998-2004 and 2006-2007), as Director of the Urban Design Program (1990-2001), and as Associate Chair of the Department of Architecture (1984-1989). In addition to design studios and seminar courses at the GSD, he teaches a general education class on the evolution of American cities, for which enrollment has been as high as 400 students. In 2003, 2005, and 2007 he was honored as one of the outstanding teachers at Harvard University. In 2007, Design Intelligence Magazine’s annual national survey named him one of seven “Architectural Educators of the Year.” Mr. Krieger received a Bachelor of Architecture degree from Cornell University and a Master of City Planning in Urban Design degree from Harvard. He is a Fellow of the American Institute of Architects.

Mr. Krieger will sign copies of his book, City on a Hill: Urban Idealism in America from the Puritans to the Present, immediately following the lecture. Attendees are encouraged to purchase books prior to the event through the following online outlets and bring their books to be signed at the lecture.

McNay Art Museum parking information:
Due to construction, the McNay’s North New Braunfels entrance is currently closed. To access the grounds, turn from North New Braunfels onto Cloverleaf Avenue, and follow the directional signs to Emporia Avenue (you can also insert 102 Emporia Ave into your GPS). Once you arrive at the gates, turn left at the first fork in the road and continue through the one-way street along the left side of the Jones building. The one-way street will lead you to the Museum entrance, where parking is available. The Austin Highway entrance can be accessed as usual, and will not be affected at this time. 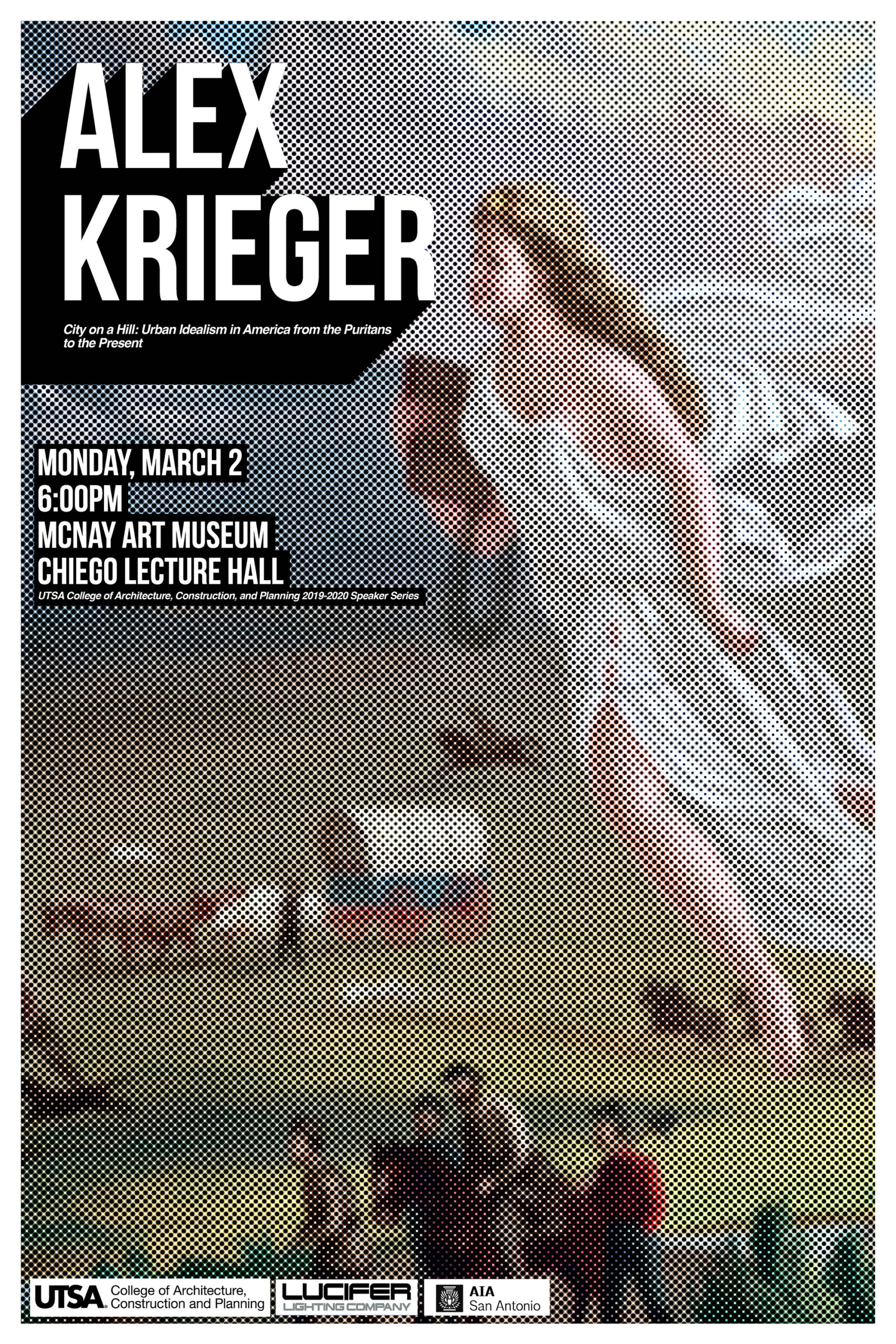