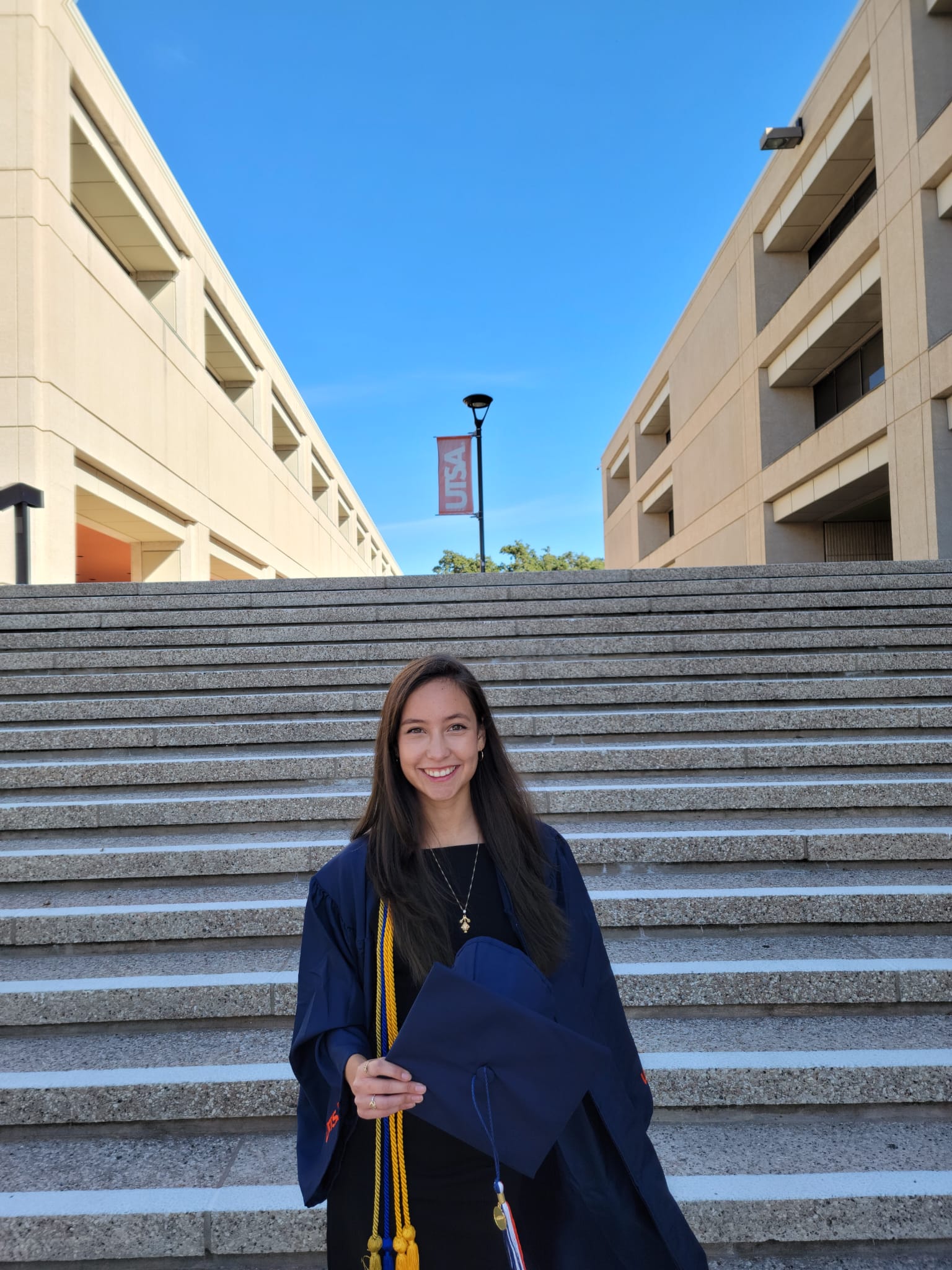 April 6, 2022 – After transferring to UTSA in the fall of 2019, Giselle Contreras-Velarde came across an organization called Engineers Without Borders (EWB) at an engineering club event. She says, “The whole reason why I joined EWB, to start with, is because even though engineering is a desirable career due to it being a high paying job, it is about more than just money. EWB shows there are people out there that do not have access to the things that are often taken for granted.” Giselle, now president of the club, explains what made EWB stand out against other organizations was the prospect of “get[ting] to expand on skills as an engineer. Which was great because, in class, you learn the theory, but aren’t always able to apply it.” Aside from the educational benefits of the club, she continues to draw upon its values, “Not to mention, it is for a good cause. At EWB, you have made a commitment to a community to help them, there is no backing out of the project once you have begun.”

Currently, EWB is working alongside the community of a small town in Guatemala. EWB focuses on civil engineering to help provide a design that fits the city’s current needs. Depending on the immediate necessities of the area, EWB may be assigned a variety of civil tasks relative to their club’s given project, such as building homes or, what their current project in Guatemala demands, a water distribution system. Giselle and her team are creating a design that disperses water throughout the city. This system will create a reliable source of water for the people within the town, thus reducing water insecurity.

The organization has been adamant about getting water to the residents of their collaborating town despite their challenges. After the global pandemic interrupted their project, Giselle and her team got back on track. The pandemic significantly disrupted the ease of communication as things transitioned to accommodate their health and safety. However, the team was used to overcoming obstacles regarding interpersonal communication since they were initially faced with a difference in understood languages amongst the club and those which they need to convey information in Guatemala. Giselle says, “since it is such a small community, they have their own native language apart from Spanish and English which can definitely be a barrier, but we working together to overcome that. We are there to get water to them and something like that is not going to get in the way of it.”

EWB was historically an organization directed towards civil engineers, but it has since expanded its reach and continues to do so. Giselle is pursuing a degree in electrical engineering and says they have now opened EWB to all majors on campus. She greatly encourages anyone interested now or in the future to reach out and join if interested in getting involved in a service project, no matter their desired degree. She has enjoyed broadening the reach of EWB on campus because it has benefited the communication skills of the organization’s members. In addition, they are now including a variety of perspectives to achieve their goals.

Excitingly, Giselle has a career lined up for her in Austin following her graduation in Fall 2021. She says this job will differ from what she did in EWB because many projects still incorporate civil engineering themes. For example, Giselle will be using her electrical engineering degree to help create semiconductors for various devices such as computers, cell phones, and smart fridges. Although she is ready to graduate and begin building her career, Giselle also hopes to continue participating in service projects similar to those in EWB in the future.